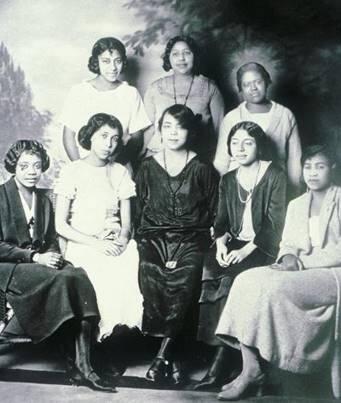 Delta Sigma Theta Sorority, Incorporated is an organization of over 300,000 college educated women committed to the constructive development of its members, and to public service with a primary focus on the Black community. Delta Sigma Theta was founded on January 13, 1913 by twenty-two collegiate women at Howard University in Washington, DC. Though segregated to the rear, their first public act would establish an enduring legacy of social action and political activism as they exercised courage and determination as the only Black women’s organization to participate in the Women’s Suffrage March.

On this venerable occasion, Kappa Chapter will host a virtual celebration for the Farwest Region (which consists of 94 chapters in Alaska, California, Hawaii, Idaho, Japan, Korea, Nevada, Oregon, Utah, and Washington) of Delta Sigma Theta to commemorate 100 years of excellence and honor trailblazer, Vivian Osborne Marsh for pioneering the sorority into the western region. Vivian Osborne Marsh was the first Black woman to earn a bachelor’s degree in anthropology in 1920 from Berkeley and was one of the first two Black women to earn a master’s degree in anthropology in California in 1922. Among the honored guests who will provide acknowledgements are UC President Dr. Michael Drake, Chancellor Carol Christ, Congresswoman Barbara Lee, Berkeley Mayor Jesse Arreguín and Delta’s 16th National President Thelma Daley.