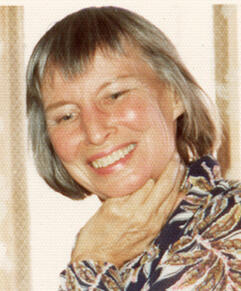 Helen Farnsworth was born in Alameda, CA to ahomemaker mother and steamship first mate father. Her contributions to the University of California, Berkeley began in 1935, when she was admitted as an undergraduate student. After earning a B.A. in English, she was hired as the university's first ever employee in the Music Department. Steadfast dedication to growing the business capacities and reputation of the program led to Helen's eventual promotion as the first administrative manager. The Mayor of the City of Berkeley also publicy honored her for developing not only the Music Department program, but also its vast audience and diverse participants. Colleague Hildegarde Klee sums up Helen's legacy best: "Her kindness and generosity of spirit touched us all in many ways, and the Music Department of today wouldn’t be the same without her."