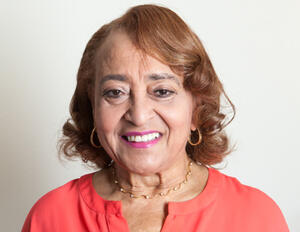 Jewelle Taylor Gibbs started as assistant professor at the University of California School of Social Welfare in 1979, became an associate professor in 1983, a full professor in 1986, and was appointed to the endowed chair as Zellerbach Family Fund Professor of Social Policy, Community Change and Practice in 1993, a position she held until her retirement in 2000. During these years Professor Gibbs wrote influential articles and books on a wide range of topics including minority mental health, young black men in America, and the O.J. Simpson and Rodney King cases; she was a visiting scholar in the United States and abroad; and she mentored a generation of students and faculty. She received the highest academic honor at the University of California, the Berkeley Citation, and testified before Congress. Professor Gibbs had returned to graduate school when her sons were in high school; her life has followed a trajectory instructive and inspirational for women who raise their families and occupy careers which impact the public sphere in significant ways.