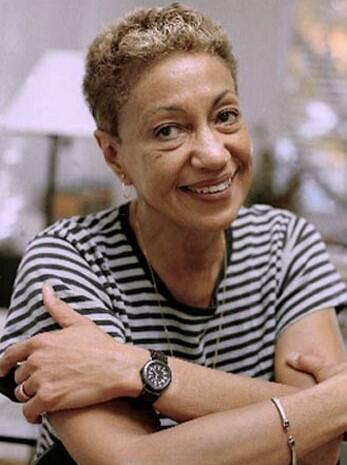 One of the most acclaimed Jamaican American writers of her generation, poet, playwright and essayist June Jordan was known for her fierce commitment to human rights and political activism. Over a career that produced twenty-seven volumes of work, Jordan engaged the fundamental struggles of her era: for civil rights, women’s rights, and sexual freedom.  Her poetry is known for its immediacy and accessibility as well as its interest in identity and the representation of personal, lived experience—her poetry is often deeply autobiographical. Jordan’s work also frequently imagines a radical, globalized notion of solidarity amongst the world’s marginalized and oppressed. Regarded as one of the key figures in the mid-century American social, political and artistic milieu, Jordan also taught at many of the country’s most prestigious universities including Yale, State University of New York-Stony Brook, and the University of California-Berkeley, where she founded Poetry for the People. Her honors and awards included fellowships from the National Endowment for the Arts, the Massachusetts Council on the Arts, and the New York Foundation for the Arts, a Rockefeller Foundation grant, and the National Association of Black Journalists Award.

Born July 9, 1936, in Harlem, New York, Jordan had a difficult childhood and an especially fraught relationship with her father. Her parents were both Jamaican immigrants and, she recalled in Civil Wars: Selected Essays, 1963-80 (1981), “for a long while during childhood I was relatively small, short, and, in some other ways, a target for bully abuse. In fact, my father was the first regular bully in my life.” But Jordan also has positive memories of her childhood and it was during her early years that she began to write. Though becoming a poet “did not compute” for her parents, they did send the teen-aged Jordan to prep schools where she was the only Black student. Her teachers encouraged her interest in poetry, but did not introduce her to the work of any Black poets. After high school Jordan enrolled in Barnard College in New York City. Though she enjoyed some of her classes and admired many of the people she met, she felt fundamentally at odds with the predominately white, male curriculum and left Barnard without graduating. Throughout her long career, Jordan gained renown as both an essayist and political writer, penning a regular column for the Progressive. Some of Us Did Not Die: New and Selected Essays of June Jordan (2002) was published the year of her passing from breast cancer.