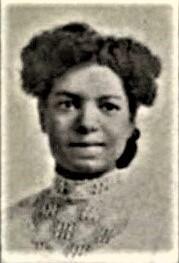 Vivian Logan Rodgers (1884-1914), the daughter of a prominent Black pioneer, Amos Logan Rodgers (1835-1900) in Stockton, California, was the first African American female student at Berkeley. Her father, Amos Rodgers traveled a long distance from slavery in Missouri to prosperity in California at the time of the Gold Rush.  Highly respected in the business community, he  supervised and owned  gold mines, in which he employed Chinese laborers.  Thanks to her father’s success in mining, Vivian grew up in a prosperous family. Rodgers insisted on the best education available to them for each of his five daughters. She graduated from UC Berkeley  in 1909 with a Bachelor of Letters in English.  Possibly because she could not find a teaching job in California, Vivian Rodgers accepted a teaching position in a public school in Hilo, Hawaii.  Not long afterwards, she contracted a tropical disease, which developed into typhoid fever. After confinement to a sanatorium for three months she was able to return to San Francisco aboard the SS Lurline, and convalesce at her home in Stockton.  Her condition worsened and she died at the age of twenty-nine on August 4, 1914. The family home  in Stockton which Moses Rodgers built is on the Register of National Historic Places.

The First African American Woman to Graduate from UC Berkeley