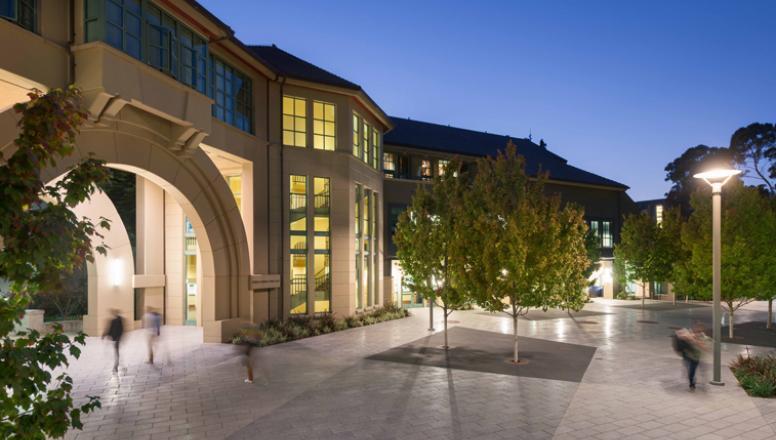 Continuing our walk we come to the mini-campus of the Haas School of Business, the home of business studies on the campus.   By the end of the nineteenth century, the desire to establish a college devoted to the study of commercial activities became a major focus for the University’s regents. They argued that advanced study in business topics was recognized as an appropriate topic for university work, that all resources were in place on the Berkeley campus to develop these programs, and that the current and future development of the state required this new education be available. Finally, they were aware that the University of Chicago was developing a similar program and that if the Berkeley campus was to gain eminence in this area and develop its reputation as a top tier university, it needed to act quickly. On February 8, 1898, the regents passed the motion establishing the College of Commerce.

One month after the formal opening of the College, the regents received a letter from Miss Cora Jane Flood, providing for a gift of property near Menlo Park, California and stock in the company supplying water to that part of the peninsula. 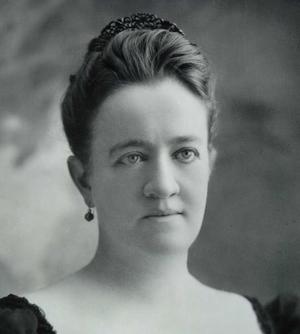 Cora Jane Flood was born in San Francisco in 1855 and educated by private teachers. She never married, and two major accounts exist of her ill-fated love affair with Ulysses S. Grant Jr. It was later noted that “San Francisco was thus deprived of what would assuredly been a brilliant wedding.”  Upon the death of her father, James Clair Flood, in 1888, Miss Flood inherited his entire substantial estate.

James Flood, the son of a poor New York Irish family, had traveled West in 1849 and accumulated a modest amount of wealth as a miner in Yuba City. He returned East, but in 1856 returned to San Francisco where he joined with a partner to open a saloon, or miner’s lunchroom as it was euphemistically called. The partners quickly realized the benefits to be gained by helping the growing number of poor miners by advancing them money, buying off their claims, finding them customers, and entering into partnerships.

In 1858, Flood and his partner sold the saloon and established the brokerage firm of Flood and O’Brien on Montgomery Street.  In 1873 the group gained control of the stock of the Consolidated Virginia Mining Company. It was in this mine that the Comstock Lode, the largest silver deposit in history, was discovered. The mine produced approximately $12 million of silver, but questionable speculative practices combined with accusations of stock manipulation led to even greater wealth. Flood and his partners then moved on to found the Bank of Nevada. In addition to his real estate holdings in the San Francisco area, Flood established one of the early cattle empires in Southern California.

Without heirs, the University became the primary beneficiary of Miss Flood’s generous gifts. In 1904 the family home on the peninsula was sold for $150,000. In 1924 she donated her mansion at 2120 Broadway in San Francisco to the regents and made the Fairmont Hotel her permanent residence. The Flood mansion was sold subsequently for $90,000.

Cora Jane Flood died in 1933 at age 78. Ironically it was not until 1995 that the academic program that she endowed, one of the oldest and largest programs on the Berkeley campus, moved into a home of its own. The Haas School of Business was finally opened for its first students—97 years after its founding.